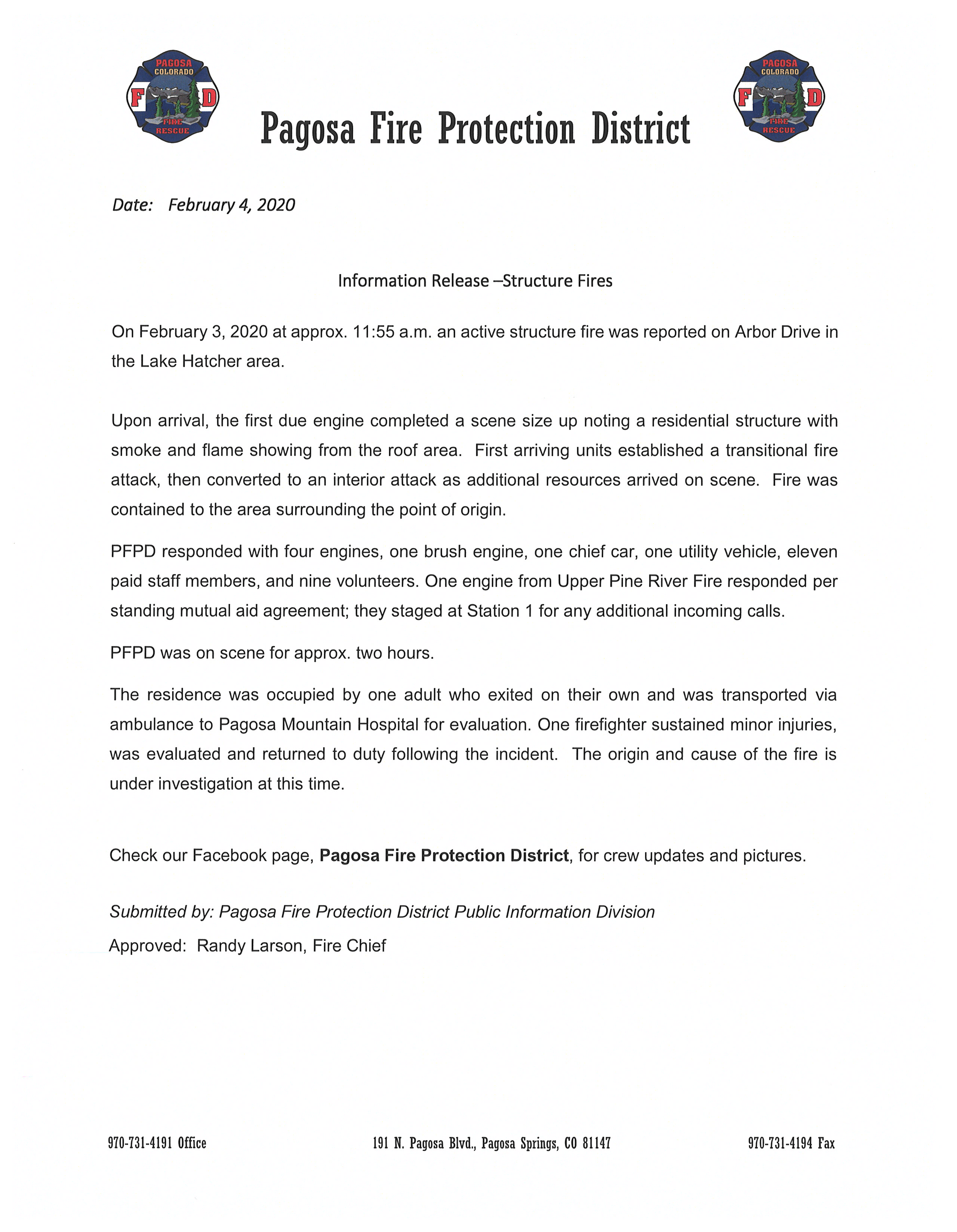 On February 3, 2020 at approx. 11:55 a.m. an active structure fire was reported on Arbor Drive in the Lake Hatcher area.

Upon arrival, the first due engine completed a scene size up noting a residential structure with smoke and flame showing from the roof area.  First arriving units established a transitional fire attack, then converted to an interior attack as additional resources arrived on scene.  Fire was contained to the area surrounding the point of origin.

The residence was occupied by one adult who exited on their own and was transported via ambulance to Pagosa Mountain Hospital for evaluation. One firefighter sustained minor injuries, was evaluated and returned to duty following the incident.  The origin and cause of the fire is under investigation at this time.