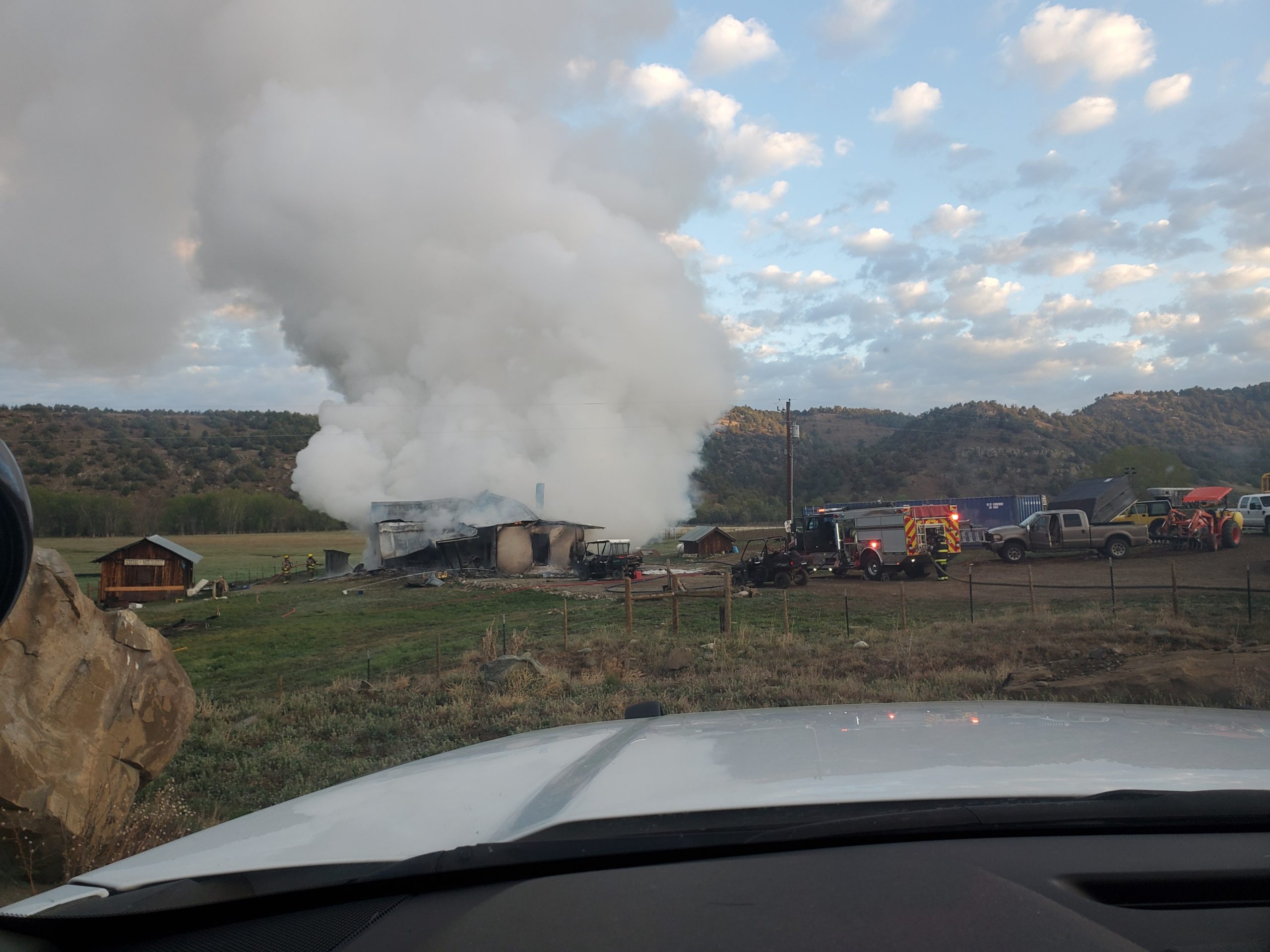 On May 12, 2020 at approx. 5:03 a.m. an active structure fire was reported on County Road 551 in the Pagosa Junction area. This area is under Los Pinos Fire Protection District’s response zone; PFPD responded as part of an existing mutual aid agreement.

Upon arrival, the first due engine completed a scene size up noting a residential structure with smoke and flame showing from all sides. First arriving units established a defensive fire attack, protecting surrounding exposures (large propane tank, vehicles). Fire was contained to the structure of origin.

PFPD was on scene actively working for approx. six hours. PFPD remained on scene with one tender for an additional six hours to ensure safe working conditions for investigators.

The residence was occupied by one adult and four dogs who exited the structure on their own. The origin and cause of the fire is under investigation at this time.