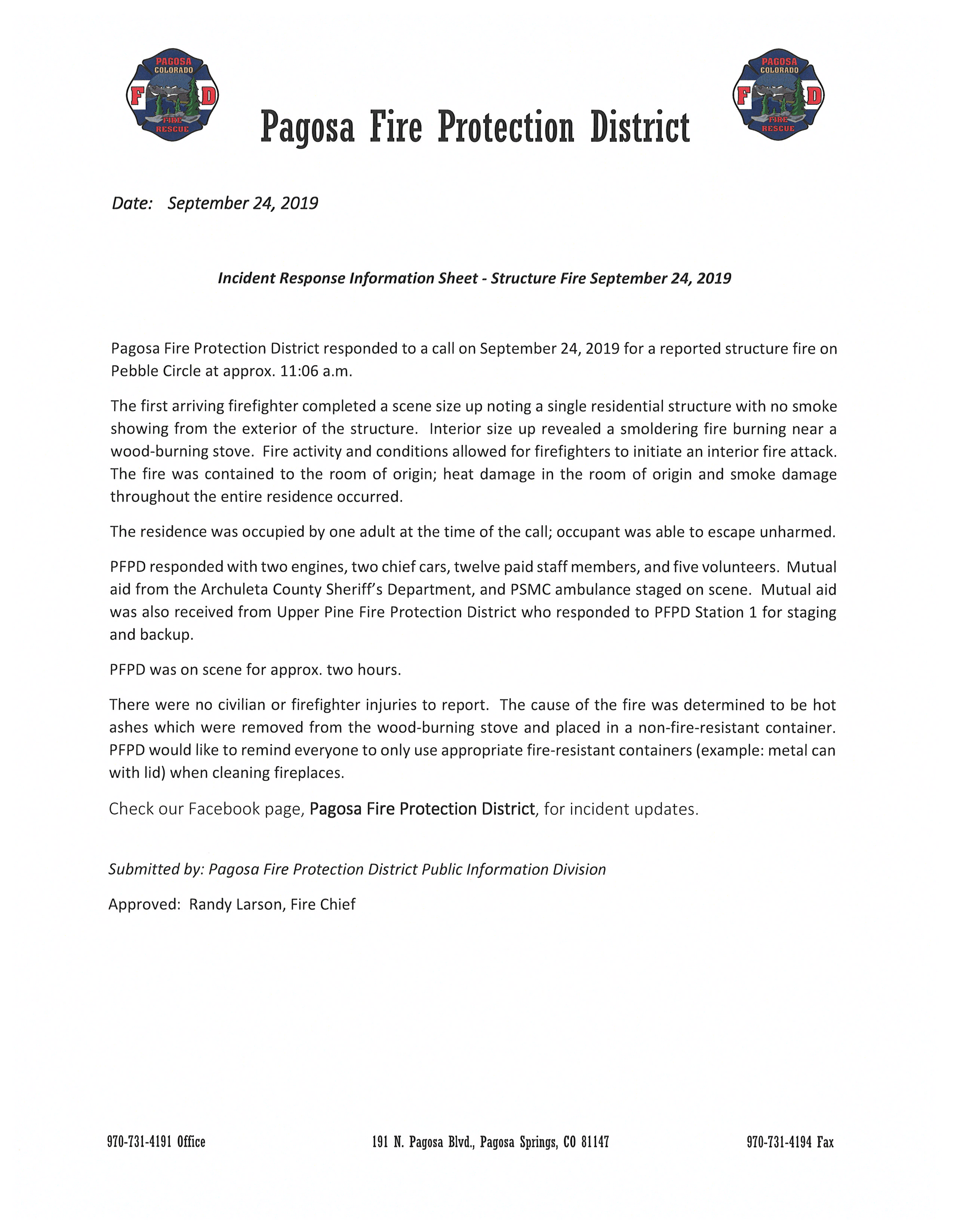 Pagosa Fire Protection District responded to a call on September 24, 2019 for a reported structure fire on Pebble Circle at approx. 11:06 a.m.

The first arriving firefighter completed a scene size up noting a single residential structure with no smoke showing from the exterior of the structure.  Interior size up revealed a smoldering fire burning near a wood-burning stove.  Fire activity and conditions allowed for firefighters to initiate an interior fire attack.  The fire was contained to the room of origin; heat damage in the room of origin and smoke damage throughout the entire residence occurred.

The residence was occupied by one adult at the time of the call; occupant was able to escape unharmed.

There were no civilian or firefighter injuries to report.  The cause of the fire was determined to be hot ashes which were removed from the wood-burning stove and placed in a non-fire-resistant container.  PFPD would like to remind everyone to only use appropriate fire-resistant containers (example: metal can with lid) when cleaning fireplaces.