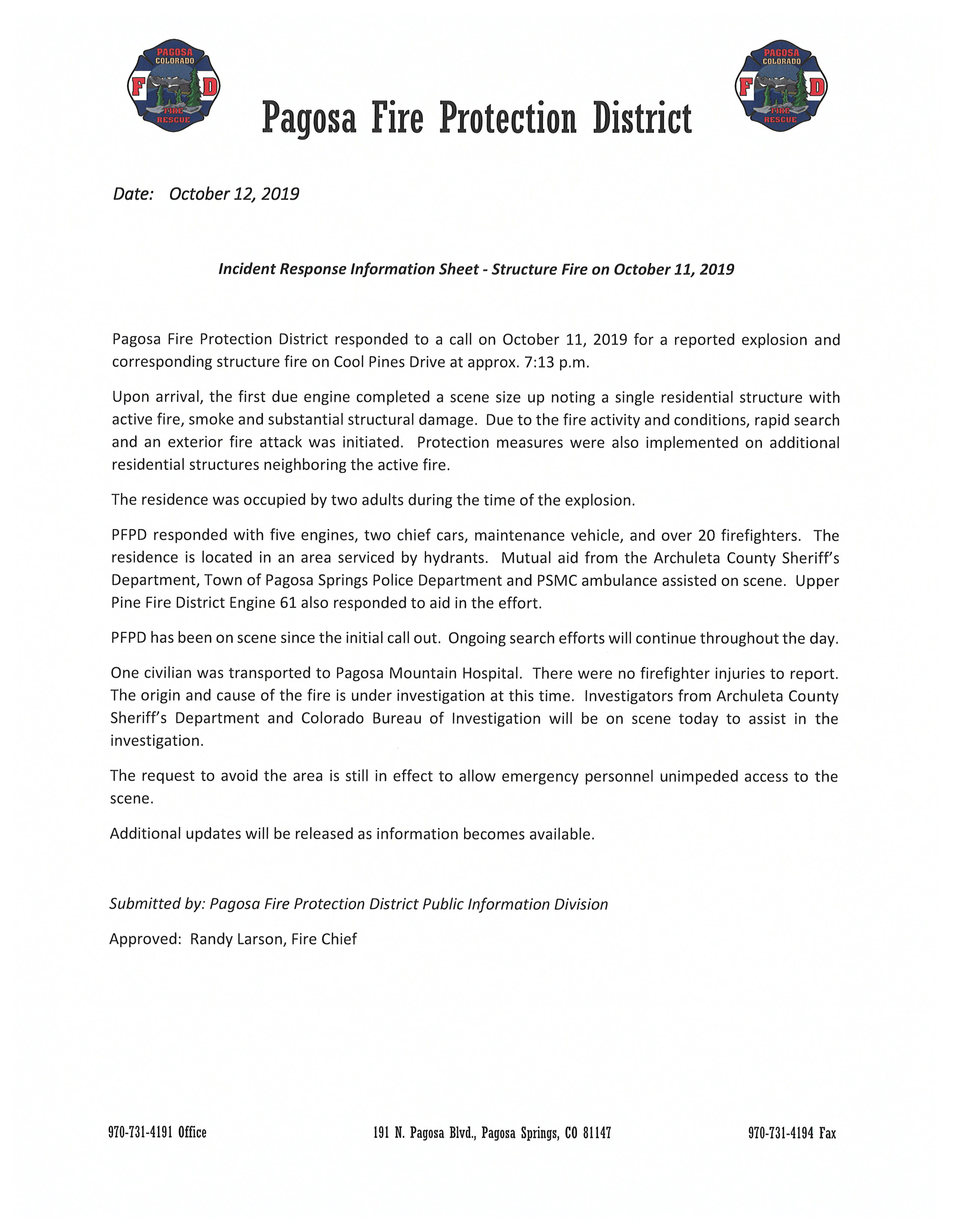 Pagosa Fire Protection District responded to a call on October 11, 2019 for a reported explosion and corresponding structure fire on Cool Pines Drive at approx. 7:13 p.m.

The residence was occupied by two adults during the time of the explosion.

PFPD has been on scene since the initial call out.  Ongoing search efforts will continue throughout the day.

One civilian was transported to Pagosa Mountain Hospital.  There were no firefighter injuries to report.  The origin and cause of the fire is under investigation at this time.  Investigators from Archuleta County Sheriff’s Department and Colorado Bureau of Investigation will be on scene today to assist in the investigation.

The request to avoid the area is still in effect to allow emergency personnel unimpeded access to the scene.