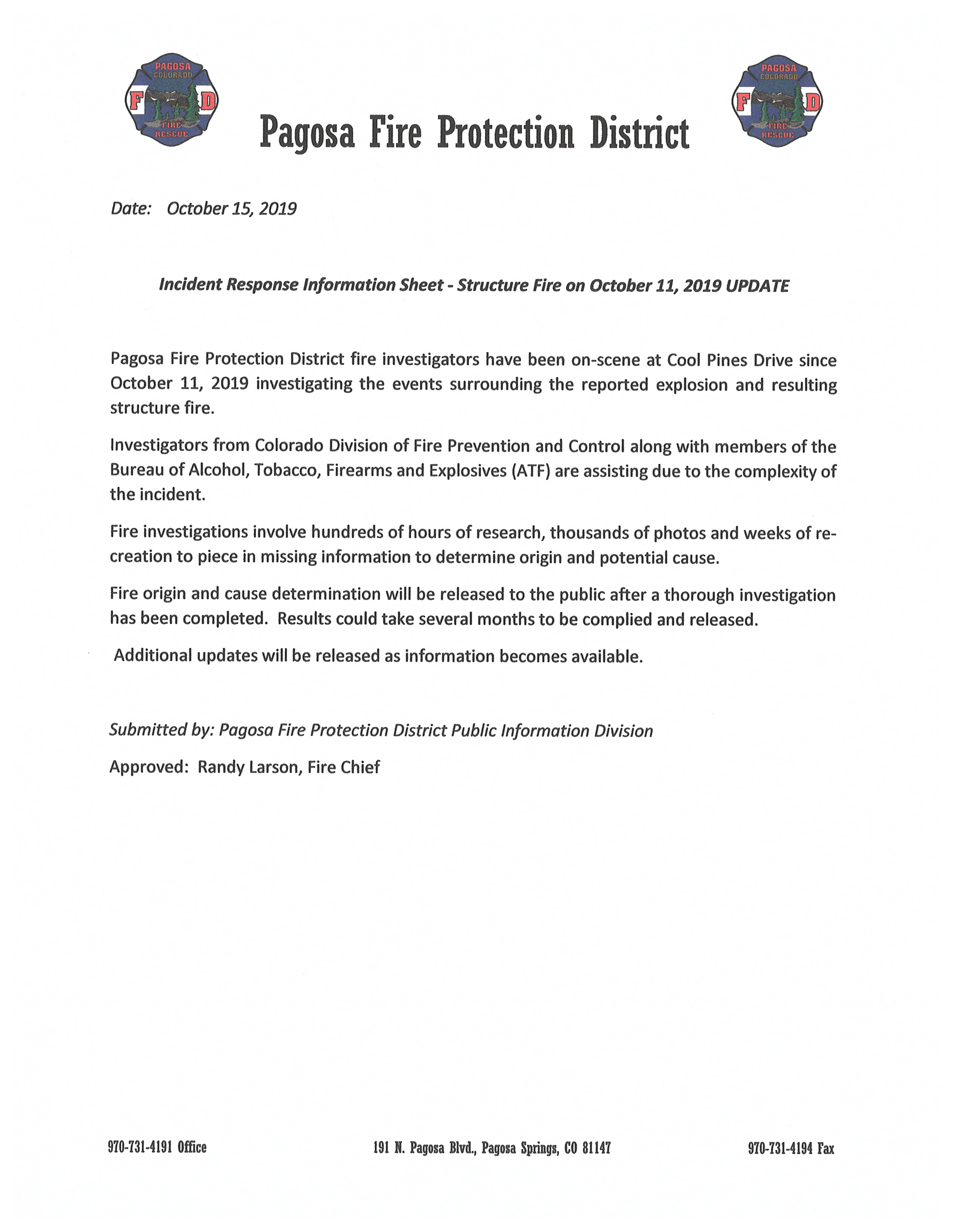 Investigators from Colorado Division of Fire Prevention and Control along with members of the Bureau of Alcohol, Tobacco, Firearms and Explosives (ATF) are assisting due to the complexity of the incident.

Fire investigations involve hundreds of hours of research, thousands of photos and weeks of re-creation to piece in missing information to determine origin and potential cause.

Fire origin and cause determination will be released to the public after a thorough investigation has been completed.  Results could take several months to be complied and released.